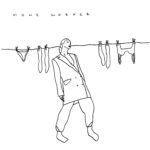 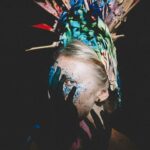 GETTING TO THE CORE OF BALINESE CRAFTING SKILLS WITH JEAN COUTEAU

Ethno-sociologist and long term Bali resident, Jean Couteau knows a thing or two about Balinese crafts and their origins. On the island of the gods since the 70’s, he has seen Balinese savoir-faire take off and become more and more popular worldwide over the years. He recounts the possible causes and evolution for CUB…

From an early age, the Balinese learn what is in harmony in their everyday surroundings and what is not. From childhood, for instance, they learn how to weave and skillfully prepare the daily offerings by watching their parents.  What’s more, in their everyday games, they have an intimate connection with nature, experiencing direct contact with, and getting a feel for,  raw materials like mud, stone or wood. These two sides of their education give them a powerful visual and physical memory, enhancing their ability to be creative in all sorts of circumstances, with a natural talent for feeling what will fit and what will not. Jean Couteau sees these two characteristics as the main explanation for Balinese people’s remarkable excellence when it comes to crafts and making things by hand. The animism that pertains to their religion sees divinities in every corner of the natural world and brings with it visceral knowledge of the organic materials originating from the island’s fertile vegetation and terrain.

The study of Balinese traditional dance from a very young age also goes a long way towards  explaining the innate ability of the Balinese for assimilating skills well and rapidly. The Learning methods differ from the theory and explanation approach we might be accustomed to in the West, the Balinese learn by copying their guru and reproducing the moves exactly, an utterly mimetic method. The attention to detail in dance is also highlighted by Jean Couteau.  He underlines  how tiny and precise eye or finger movements,  only noticeable at close range, are  intrinsic to a dancer’s talent. This constant exercise in visual memory applied to detail is definitely at the root of their excellence in crafting and craftsmanship, according to him.

Another idea put forward by Jean Couteau is that the remarkable fertility of the volcanic island’s soil leaves the Balinese with ample time on their hands for arts and crafts’ creation and design. Indeed,  generous nature provides plenty in all seasons, providing  the locals with time to do many things other than just merely survive. To thank the gods for their bountiful gifts, the Balinese have infused every aspect of their daily lives with sacrality, performing a multitude of rituals that include all sorts of crafting.  This is another clue to help understand why this phenomenon of remarkable craftsmanship is more prominent here than anywhere else in the archipelago, further explains Jean Couteau in his Denpasar home.

Interestingly, there is not much trace of famous Individual artists or makers, since the genius  is mostly collective, he adds. This collective approach is reflected nowadays in the numerous surviving guilds that rally regions and clans through their crafting specialties. Nevertheless, over the last few decades, a more individual artistic expression has surfaced in various arts and crafts, thanks, in part, to foreigners bringing new ideas and empowerment to local craftsmen  through dynamic collaborations. This phenomena dates back to the 70’s according to Jean Couteau and can be traced back to the advent of tourism. Foreigners arrived with different perspectives and the Balinese adapted, showing how resilient they are to their trade’s changing  requirements.

An explosion of creativity has followed, sometimes miles away from traditional form, but firmly placing Bali on the world map of skilled crafts makers. By the 90’s, agents were flying in from all over the world searching for the great artisans, artists and makers, prolific in Bali, to bring back exceptional objects and art for their customers abroad, recalls Jean Couteau.  Huge local fortunes were made from these foreign orders and, alongside,  the quality and excellence of the crafts increased to unheard of new levels. This prosperity extended to many regions as entire villages turned into hubs for the creation of stone, silver, glass, bamboo, fabric, rattan, bone, ceramic or wooden artistic objects to name but a few. This unique and productive synergy created by  Bali’s interactions with the rest of the world definitely became the new name of the game for international recognition in the world of arts and crafts and one that still defines the excellence found today!