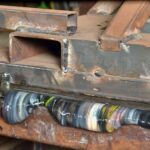 The historical evolution and geographical areas of Balinese crafts

The manufacture of Handicrafts is deeply rooted in Balinese tradition, to the extent that a whole clan is named after their craft specialisation: all clan members blacksmiths and metal workers’ guild have the middle name ‘Pande’.

Indeed, Arts & Crafts have a long history in the Island of Gods and are inextricably linked to the Hindu-Javanese influences of the Majapahit Kingdom dating back to the 14th Century. From that time onwards, the Klungkung area became the historical epicentre for Arts & Crafts, until modernity caused unprecedented changes to the island’s socio-historical development during the 20th century.

Tourism has been, without any doubt, the major factor in the evolution of Balinese artistic expression. Since the ‘Chic’ tourism beginnings in the 30’s, Bali has progressively welcomed more and more visitors : from the happy first few pioneers of consumerism in the 70s, to rising numbers of travelers in the 90’s and eventually reaching incredible proportions at the beginning of this century. This increasing flow of visitors has put Balinese crafts on the world map. There have been many upheavals, but the Balinese people have shown flexibility and adaptation. What’s more, the economic boom brought on by tourism has increased the island’s wealth to levels unseen within the Indonesian Archipelago.

The village of Kamasan in Klungkung long led the way in Bali in the production of pictorial Art – this sacred art in which the holy is everywhere, including in the manufacture of everyday objects. Despite this, however, when the Dutch colonists decided to make Bali a cultural sanctuary, Ubud became its showcase town. The chic cultured tourism of the 30’s latched onto this, making Ubud’s princely court famous and the region the epicentre of artistic production. Ubud and Batuan are known for the quality of their painters, Whilst the nearby village of Mas boasts the best wood carvers on the island. Further south, in Celuk, you will find the most exceptional silversmiths and jewelers. In Batubulan, however, they specialise in stone carving and In Bona, the most proficient bamboo specialists congregate, from architects to basket weavers.

The rise of Ubud boosted the dynamics of local production and was enhanced by the presence of a few western artists in the 20’s and 30’s. They were mainly painters, such as Rudolf Bonnet, Walter Spies, Adrien-Jean Le Mayeur, Miguel Covarrubias and Arie Smith, to name but a few. They gave Bali the aura of an “artists’ mecca” that still suits it so well today. These Westerners became the pioneers of Bali’s cultural marketing and were often the “protégés” of Ubud’s princes and local leaders. Their influence on local painting styles, which is perceptible today, had very little effect though at the time. Balinese painters remained impervious to it and continued to produce, often in groups and without signing them, traditional works with religious themes.

As early as the 1930s, the royal family of Ubud founded the Pitamaha Art Guild under Rudolf Bonnet’s patronage, with the avowed aim of developing Balinese painting. The aim was to give rise to Bali’s painting’s recognition on the international scene, and, to do this, it was necessary to alter mindsets and attitudes. Painting was not the only discipline to benefit from Pitamaha’s assistance, Mas’s woodcarving style evolved towards secular art with their help, with a marked representation of village life at the heart of the approach, following in the footsteps of the island’s painting schools.

The excellence of Bali’s graphic artists is still fully expressed today in many disciplines. Noteworthy examples are, for instance, in painting, the miniaturist school of Keliki, which emerged in the 1990s; but also, in comics, the famous Bog-Bog magazine, known for its social critique, or in NFT (Non-Fungible Token)-the crypto-digital art-, Monez, one of today’s pioneers. In short, Bali has great talent! Although, traditionally, the island’s different regions have been associated with different artistic or craft specialities, artistic genius can be found just about everywhere. The tourism boom, especially since the 1980s, has reinforced this phenomenon and been a springboard for new specialities and styles, increasing commercial opportunities.

The Mexican adventurer, illustrator and amateur anthropologist Miguel Covarrubias had already noticed- and reported in his writings published before the Second World War – that the Balinese, even those living isolated in mountainous regions, even children, “could carve small statues from pieces of wood picked up here and there”. In more ‘refined’ areas, such as in the Ubud or Badung regions, all the young people in a Brahmin family, for example, would be able to produce wooden statues as well as fine paintings, finely decorated temple doors, act and even be proficient in dance. Miguel Covarrubias ascribed a true sense of innate aesthetics to the Balinese.

Extraordinary resilience is the secret to enduring craftsmanship

If there is one craft in which the Balinese have always excelled, it is metalwork. Just consider the tools used in the fields and villages. The hight of the discipline, however, is the creation of the Kriss, the most sacred of daggers, or, in another just as important field, the bronze gongs of the gamelans. It should be noted, however, that some gamelans are made from bamboo (Jegog in Jembrana) and are created by other specialised craftsmen. When it comes to weaving, Klungkung has always been renowned for its songket cloths, mostly used in religious ceremonies. Double ikat fabric, on the other hand, is more likely to come from the Bali Aga2 (Original Balinese, that kept Javanese pre-Hindu traditions) people of Tenganan. Whilst, single ikat has been traditionally produced in Mas, Klungkung area, and the neighbouring island of Nusa Penida.

These days, in the Gianyar region, especially in Tegallalang, the souvenir market and the export of bespoke objects to the entire world has favoured the development of a real handicraft “industry” in the local villages, employing thousands of people and, thus, maintaining a good socio-economic balance in the region. In the 1990s, Gianyar was also known for its textile- particularly the typically Balinese Endek – production workshops and industry, which Bali’s current governor is now working on revitalising. For local sales, the typical commercial model is simply a workshop with a shopfront. The jewellers of Celuk have been doing the same thing for more than 100 years. This pragmatic approach has naturally encouraged the geographical distribution of crafts in Bali, with older specialisations being reinforced or diversified by export opportunities developed thanks to tourism.

Endek is also woven in Sidemen (Karangasem) , as well as the lesser known Songket. In this village, much appreciated by nature lovers and eco-tourists, most women still pass down the weaving tradition from mother to daughter. In Tampaksiring, in one stall after another, engravers show off their amazing skill, whether carving on bone, on wood, or even on coconut, as used to be the original custom. Incredible engraving work can be found on other materials as well, such as silver, copper, stone, shells or horn. Very delicate jewellery and all sorts of decorative objects are on offer here. And when it comes to stone carving, the craftsmen of Batubulan are famous, but one should not forget those of Kerobokan or Denpasar, Bali’s capital.

Bali is home to all sorts of traditional crafts, some more noble than others, ranging from roof tile making to elaborate Pejaten floor tiles (Tabanan) creation, from DVD racks to bathroom mirrors (Tegallalang), from placemats to garden furniture, and including very high end luxury items such exquisite jewellery sold all over the world. To all this, new activities and trades are added everyday, encouraged by the evolving needs of the market. For example, a Canadian guitar brand has its guitar models, which include intricate carved bodies and necks, made in Bali; meanwhile, a Parisian fashion designer orders jewellery and other accessories for their next fashion show in Bali too. Neither of them have any interest in their ordered items reflecting balinese motifs or styles. What these buyers are here for is the incredible skill of the local craftsmen.

Bali is such an economic hub on an Indonesia wide scale that thousands of craftsmen come over from all over the archipelago to produce and sell crafts from their regions. This phenomena has been steadily increasing the island’s already important creativity and productivity capacities over the last 30 to 40 years. Finally, like many of the 1930s first wealthy and educated tourists–of which Charlie Chaplin was a leading figure – many entrepreneurs, designers, or trendsetters from all over the world come over to Bali to implement their vision and give birth to their desired projects. This unique and unparalleled synergy offers endless playing fields for experimentation and an incredible cosmopolitan cultural melting pot in a state of perpetual effervescence, making Bali the creative laboratory that it is today and will be even more so tomorrow.