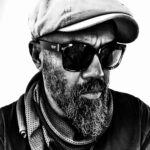 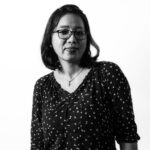 Brought up between London and Paris, Julz misspent her youth travelling around Europe with sound systems and engaging in the Underground Art scenes everywhere and anywhere between London, Bologna and Berlin. More recently, she can be mostly found travelling, underwater or writing blogs and translating. An art lover herself, Julz is thrilled to delve into the fascinating information about Indonesia’s talented artists and craftspeople collected by the team, and translate/ proofread/ edit it for the magazine on the CUB website.

Life motto : It’s better to regret something you’ve done than regret not doing something.